Signs from the Universe 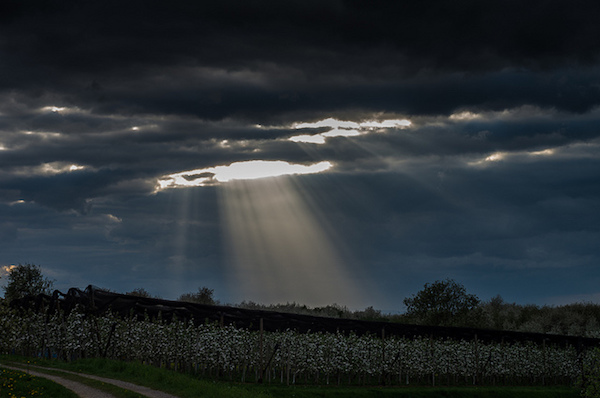 I was not expecting to change jobs last month, but sometimes the universe has other plans.

I’d been working for an education foundation and had started a new marketing role there in January. I was loving the work and my team, and things were humming along smoothly. I had just announced the new job on Facebook, and my friends were excited and supportive.

Then, one afternoon, somewhat but not completely out of the blue, it became clear that the CEO and I were not going to mesh. It felt awful, but it didn’t seem like I had much choice but to brush away the tears, dig in my heels, and soldier on.

As fate would have it, I did have another choice (and of course we always do). The very next day, Darren’s marketing director at Creative Distillery, his branding and design firm, let him know that she’d accepted another job. He was going to have to find someone to fill her role, someone with my exact skill set, and someone he trusted. What kind of crazy cosmic timing is that?

Still, my first reaction was no. I felt loyal to my team at the foundation. The money was good. It was easier to stick with what I knew than to risk making a change.

Darren and I kept talking it over. Could this work financially? Yes. Could we work together? We did it for four years while we got the business off the ground. Working for myself would open up more time for creative projects — my writing, the podcast that my sister and I have been working on — and I’d be able to speak freely about what I was struggling with without worrying about optics. Plus, when my kids were sick, I could work from home without feeling guilty about being out of the office.

It felt like a door had appeared in front of me, inviting me to step through it toward a bigger life, the kind I envisioned for myself. And I decided to listen to my instincts, summon my courage, and step through.

My first few weeks have been not without their challenges — the learning curve of any new role, adjusting to taking direction from my husband instead of leading my own team — but I know in my core that this was the right move. I just need to be patient and bear with the process (like I always say…) as I settle into the new normal.

I believe in signs from the universe that point us toward our calling. It’s up to us whether we pay attention and follow them. Sometimes it’s a rough road, and we may be able to see only a few feet in front of us at a time, but we have to trust that we’ll end up better off than where we started. Right now I’m not quite sure where my own path will lead, but I’m looking forward to finding out.

My friend Kathryn recently introduced me to “The Mother,” a gorgeous song that gets me a little verklempt every time I hear it. It captures the joys and sacrifices of motherhood that are so difficult to put into words. I’d heard Brandi Carlile’s name go by for years but had never listened to her music, and my friends say that her albums “Bear Creek” and “The Story” are their favorites. I love her voice and vibe and can’t wait to hear more.

re: my last TinyLetter

In my last TinyLetter, “Untangling the Knots,” I wrote about being overwhelmed by the prospect of untangling a big, ugly mess of necklaces but achieving it one strand at a time. Afterward, I wrote to my writer friend Margaret, “Was I clear that the untangling can go beyond necklaces? Darren thought so, but now I’m wondering whether people got the metaphor I was going for!”

She replied, “Oh, I think people should get it! Especially with the context of your letters in general, no one would think you were advocating a child-centered approach to jewelry maintenance. :P”

But I think it did seem like I was just sharing a story about organizing my jewelry, to which you may have thought, “Hmm…good for you?” I could have given an example or two of applying the “one strand at a time” strategy, like paying off major debt or getting in shape when you haven’t exercised in a while.

With my old job, I’d have to rush a TinyLetter out on a Friday morning so I could get to work, but with my new role I can take a bit more time to say what I mean. Cheers to that.