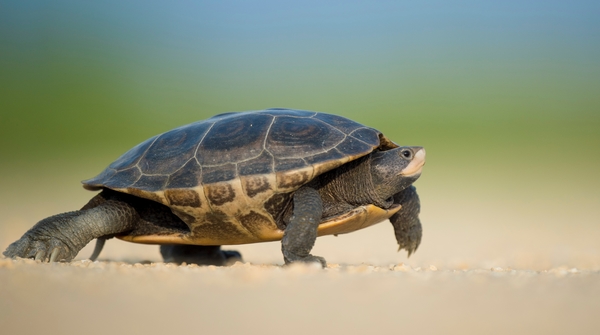 I’m someone who likes to move fast. I walk fast. I talk fast. I drive fast. One of my biggest pet peeves is being stuck behind a person who is moving at a snail-like pace. I’ll even go around Darren when he’s ambling around the house, as if we’re cars on the interstate and I’m zooming by on the left. Beep beep, slowpoke!

I zip between point A and B, because why walk when you can run? Well, because moving like Speedy Gonzales gets me into trouble on the regular. For example, the countless times that I’ve:

Any time you save on the front end by rushing will probably be lost down the line, and then some, with a heaping dollop of stress on top. It seems counter-intuitive to “go slow to go fast,” but if you move purposely and mindfully, you’ll be more productive in the end — and enjoy it more.

To be clear, this is NOT EASY for me. It’s the very essence of “like I always say…” because while I know it’s the wisest approach, in the moment I struggle to follow my own advice. It seems like a waste of time. And often, I feel like I have to hurry because I’m running behind.

Here’s the practice I’m working on:

Often, the die is cast several steps before the moment you find yourself in. Darren compares this to Llewelyn Moss taking the briefcase of money in the beginning of Cormac McCarthy’s No Country for Old Men; everything that happens afterward is set into motion by that initial action. Less dramatically, this morning I was yelling at Evan to get dressed so he could get to school on time, which made him pouty and even slower-moving. If I’d put out his breakfast and his clothes earlier, we wouldn’t have been in a bind in the first place.

I’ve been stopping myself throughout the day to take a three-breath pause, which Buddhist monk Thich Nhat Hanh advises: in and out, deep and slow. It’s especially useful as a transition from one activity to another, like moving from my car to the office in the morning, or as a buffer between a stimulus (e.g. my kids’ tantrums) and my response. Breathing slows down your nervous system and puts distance between what happens and how you react to it. It allows you to make a conscious choice instead of an automatic one, which can prevent you from freaking out or lashing out.

3) Remind yourself that you might rush yourself into a mess that creates hassle and heartache.

If you road-rage your way to a meeting and arrive on time but wound up and frazzled, or if you get into an accident on the way, you’ll end up doing more damage than if you’re a few minutes late.

Besides saving yourself time, stress, and damage control, slowing down lets you actually enjoy what you’re experience instead of barreling through it to get to your next destination. Lately, I’ve slowed down enough to observe my kids while they’re playing together and really take in how incredible these little humans are. At the suggestion of Elizabeth Craft and Gretchen Rubin from the Happier podcast, I’m consciously staying present as I enjoy my first cup of coffee in the morning, and as I sink into bed at night and feel the coolness of the sheets on my skin. This habit guarantees that I bookend my day with gratitude.

In the timeless words of Ferris Bueller, “Life moves pretty fast. If you don’t stop and look around once in a while, you could miss it.” 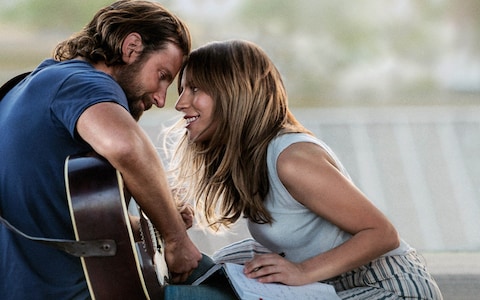 I haven’t seen A Star Is Born yet (soon!!), but I’ve been listening to the soundtrack on loop. My “recently played” feed is pretty much all “Maybe It’s Time” (written by Jason Isbell), and “Shallow” (Lady Gaga’s voice gives me goosebumps). I’ve been learning both on the guitar and am just obsessed.

A splash of Nestle Coffee-Mate’s Natural Bliss in my coffee starts my day with a little treat. It’s real cream and milk with sugar, and the flavored options use real-food ingredients. I can’t wait to try the seasonal Pumpkin Spice and Dark Chocolate Peppermint flavors.

One of my favorite things in this world is Zumba, a group dance class that combines hip-hop, Bhangra, Latin, and more, and I still long for the pre-children days when I went to class three times a week. The next best thing to class is Zumba at home, via playlists on YouTube (here’s my favorite). The kids love to join me, which is fun but also challenging because 27-pound Avery wants me to carry her on my hip the whole time. She laughs and laughs as I spin her around, and at least my arms get a workout.